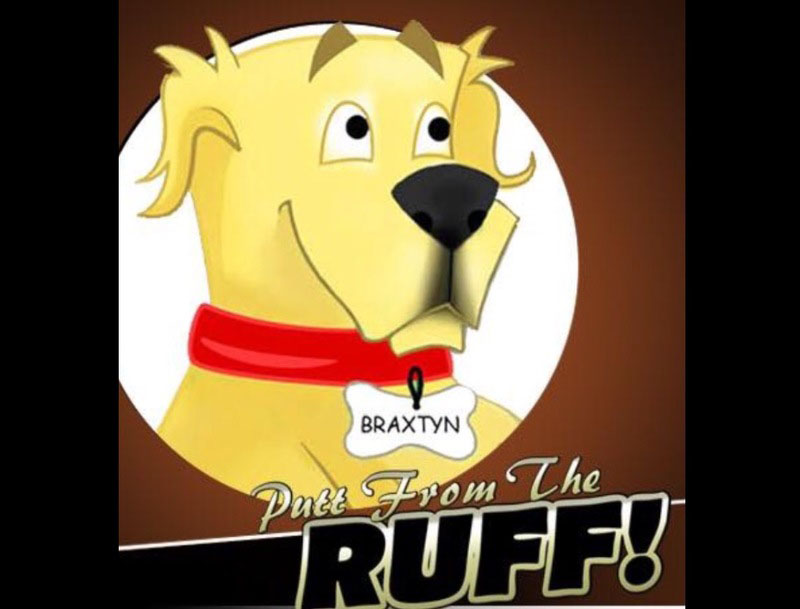 What does bar hopping and mini golf have to do with raising money for canine cancer, and potentially saving the lives of millions of dogs worldwide?  I’m glad you asked…

This past weekend I was fortunate enough to participate in a fundraising event in Indianapolis called “Putt from the Ruff”, an awesome play on words that helps raise money for the National Canine Cancer Foundation and other local non-profit organizations.  Raising money for a good cause is reason enough to get involved, but when it also includes a mini-golf hole at 12 bars across the city… how can you turn that down!?

There were roughly 50 teams of four people entered into the event this year, and each of the 12 bars had a mini golf hole inside (or just outside) the bar.  Every member of a team would play each hole, obviously trying to get the ball in the hole in the least number of shots.  Once all four members of a team had completed a hole (and usually a beer), they would continue on to the next bar until they had completed the course by playing all 12 holes.  Team scores were added up at the end and the winners were announced, but of course the real winners are the dogs who might be helped one day by the money raised from this event.

However, this event wasn’t simply about drinking beer and playing mini golf.  There was a lot of strategy involved in this day long of fun.  On every hole there was an option available to help your score.  On some holes they were taking $5 donations, on others you had to eat a dog treat (no comment on if I did or not), and on others you had to answer a trivia question correctly.  The most common method was a donation to the National Canine Cancer Foundation, and between that, the silent auction at the end of the event, and the entrance fee for each team, I have no doubt that a lot of money was put to a good cause.

Another tactical decision that had to be made throughout the day was how to pace your alcohol consumption and still have the coordination required to play golf and make putts.  This wasn’t much of a problem at the start of the day, but after you’ve been to 6 bars and are only half way done, it becomes more of a dilemma.  To make things worse, these weren’t your generic, everyday mini golf holes.  The one below looks intimidating enough, but gets even worse when you realize that last bowling pin is swinging back and forth right in front of the hole. 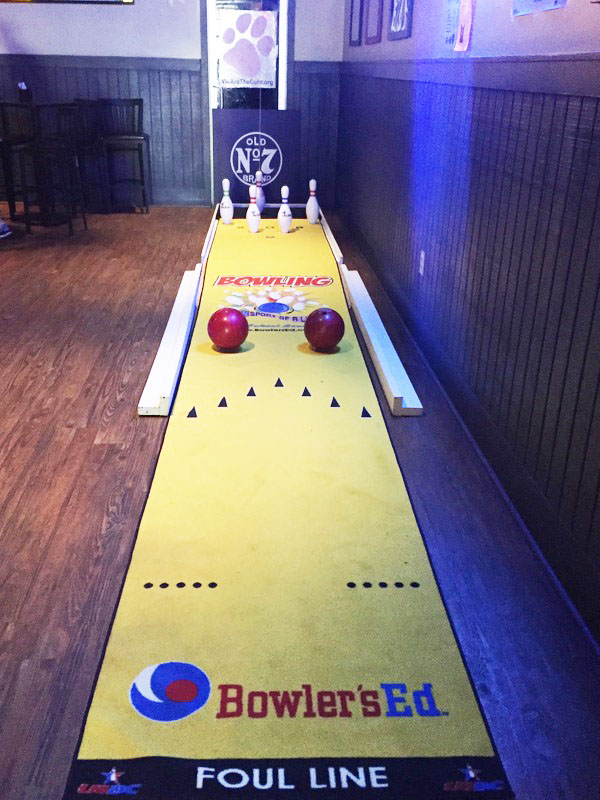 One out of every four dogs will get cancer

So was I when I learned how common cancer is with dogs.  That’s also the story behind how this idea was started.  Basically there was a Golden Retriever named Braxtyn who died at only 7 years old because of cancer, and their owner was ambitious enough to start a charity and come up with one of the most creative and badass ideas I’ve heard of to get people together for a fun and awesome way to raise money in hopes that it will make a difference for others in the future.

Overall it was a great day, and I donated a lot of money in an effort to get my score down, and help fight canine cancer.  My team took 3rd place overall, despite some fuzzy math from the official scorekeepers at the end.  I can imagine adding up the scores of ~ 200 people gets a little tedious toward the end.  The silent auction also featured some great prizes, and there were dueling pianos at the after party keeping everyone entertained.  I thought it was such a cool idea and concept that I had to share it with everyone on Steem.

If anyone is in the Indianapolis area you should definitely sign up and participate next year, we can have an official “Steem” team to help support the cause.