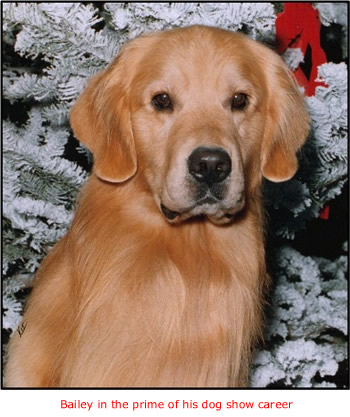 h Bailey, I love you and miss you so much. You have given so much to me, and loved me so unconditionally that my heart breaks every day that you are gone. It hurts to see our lives continue and that you are no longer a part of it, so I do every thing I can to keep you in our life still.

Bailey you were never just another dog or pet, you were the beginning of a whole life that Sara and I would never have had without you. We would never have been to so many places and met so many great dog people, some who are our closest friends still today.

I would never have proposed to Sara at the top of the Empire State Building if we were not there for the Westminster. We would never have gone and stayed in the wilderness of Alaska, one of my life long desires, if we had never met Bruce Schultz, who is my dearest and closest friend. Bruce, thank you so much.

Most of all, Bailey if it wasn’t for you, I would never have had such a great loving dog as you to share my life. You showed your love and loyalty in so many ways. When I was sick that time, you stayed right by my side, and licked my eyes and never moved. You played and swam in the pool with us, you took walks and car rides and you knew just how to lay with me on the couch and just veg.

I love you Bailey, I hate the fact that cancer had to take you at only eight years and three days old. I promise you Bailey I will dedicate the rest of my life to fighting cancer in dogs. 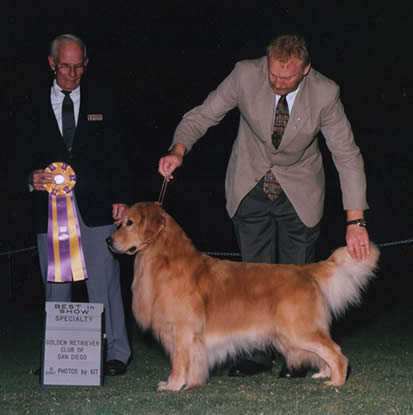 In January, 2006, I suddenly lost Bailey to cancer.

Bailey had just turned 8 years old, it was one of his good days. My husband has already told Bailey’s story up above. Bailey’s swift turn downhill and early death has had a great effect on me and my family. There is a huge hole in my heart that misses Bailey daily.

What Gary didn’t tell you about Bailey is that he was our first show dog champion. Not only a champion but one who loved to show and showed his way into the Show Dog Hall of Fame. If you were to meet Gary in person, he would just smile with great joy as he told you of all the awards that Bailey won and how he liked to sit in his lap and watch TV with him. 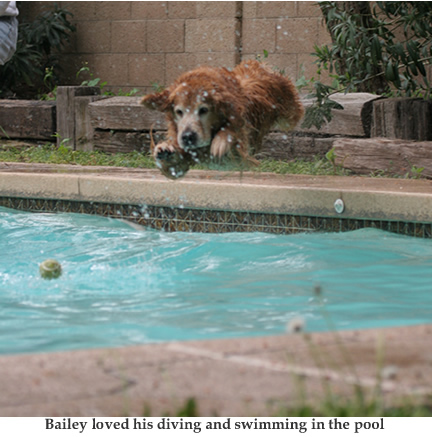 I loved to watch the goof ball swim. Actually, it wasn’t swimming, it was more like standing on the side trying to get the balls to come to him! I loved standing out in the back yard and seeing him charge toward me so that he could have some love on a beautiful Arizona afternoon.

We miss him terribly and wanted to do something to honor him and to help other families not have to go through the terrible journey we went through.

What affects me most was that we had absolutely no warning that Bailey was in danger. He was a very happy go lucky couch potato that just loved life and oranges. He started with an eye problem in December and it took the vets a month to find out that what was causing his problems was cancer.

We were getting ready to accept that we would have a blind dog and were coming to terms with that, when they noticed his blood pressure was high and finally started to look internally for the cause. The morning we found out, we had dropped Bales off to have a chest x-ray and an ultrasound which we were told would take ½ day. We were called back within the hour to see the horrible snow storm x-ray that said it was cancer.

Once it was diagnosed they said there was nothing they could do because it wasn’t caught in time. 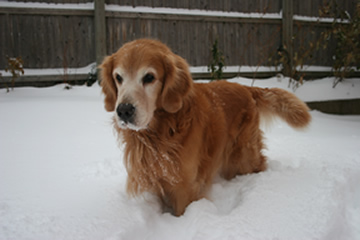 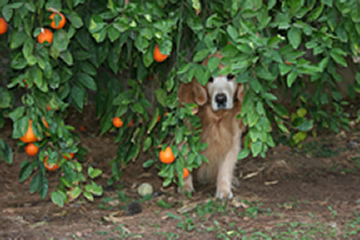 This is for you Bailey.