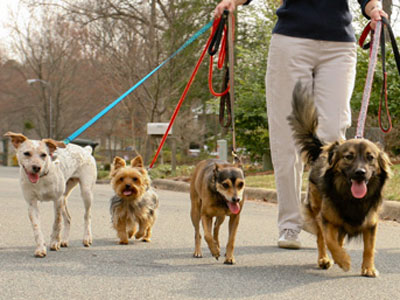 Pets are considered part of the family, but some may not get the care they should in the summer.

The American Cancer Society reported 3.5 million cases of skin cancer last year for people but they’re not the only ones who can get skin cancer. Pets can develop skin cancer, too. Pets with white pigmented skin and lighter colored ears are more susceptible.

Veterinarian Dr. Bonnie Jones at Delphos Animal Hospital advises pet owners to keep their pale-skinned pups out of the sun as much as possible.

The sun’s rays are the strongest between 10 am.-4 p.m. so owners should avoid walking them at those hours.

“Topical sunscreen can be put on the nose,” Dr. Jones said. “However, they’re prone to lick that off.

If pets must be walked outdoors, it is best to avoid asphalt.

“Asphalt in particular is very dangerous,” Jones said. “It is best to try and avoid walking on it.”

The Humane Society website advises owners to walk their pets on grassy areas if outdoors to help protect the paws of their pets.

Cats are less susceptible to the effects of the heat and sun because they tend to seek shelter when outdoors.

“Cats are smart,” Jones said. “They’ll find cool, shaded areas under bushes and trees and in barns. In over 31 years, I don’t think I have ever seen any cat with heat stress.”

However, dogs are not as lucky. Double-coated or darker skinned dogs, like Bernese, Newfoundland and Collies, can get very hot in the summer heat.

“If they’re outdoors you might want to consider shaving their hair down to get rid of the bulk of the insulation,” Jones said. “But you still want to leave some hair on, dogs need fur to keep them warm even in the summer.”

Additionally, dogs don’t cool off the same way humans do so it’s important to know when is too hot for your pet.

Dogs with shorter muzzles like bulldogs, boxers, pitbulls and pugs may have a harder time breathing and cooling off in the summer humidity.

“The length of the muzzle helps dogs cool off,” Jones said. “So, the shorter muzzled dogs will succumb to the heat much faster.”

The Humane Society warns fans do not work as effectively on dogs to cool them. Owners should carry water with them to provide them with an effective way to cool down.

For dogs kept outside in the summer, dog houses can be unsafe. Dog houses keep the heat trapped inside and do not provide airflow. Tarps or trees are best because the airflow is unobstructed but shade is still provided.

In the summer, it can be helpful to place ice cubes in water bowls for dogs to keep them cool, according to the Humane Society.

Dogs can also suffer from heatstroke. For owners, it’s important to know the signs so the pets can be helped effectively.

“If you suspect the dog is overheated, then we want to do gradual cooling,” Jones said.

Dogs can be cooled by wetting them with cool, not cold, water and allowing increased airflow around them with fans. They may be given cool water to drink from slowly or ice cubes to lick. Cooling dogs down too quickly can be dangerous because their temperature might drop too low. The dogs temperature should be 103 degrees. When it reaches that the dog should be dried off to avoid their temperature dropping farther.

If a dog is unresponsive Jones warns owners to take them to the vet immediately as heat stroke can be fatal.

One method to know if it is too hot for the dog, judge how you feel.

“Avoid running into the store if they’re with you,” she said. “Even leaving them with the air conditioning on can be a dangerous situation.”