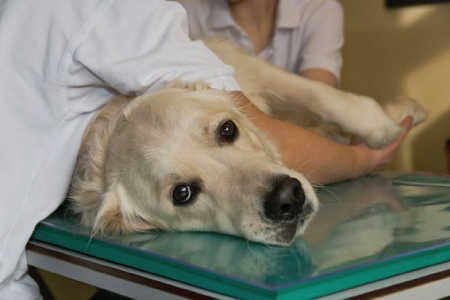 Life is not all about humans and therefore it is great to see progress in research in health supporting supplementation for mankind’s best friend, dogs!

The researchers noted that similarly to humans also dogs suffer from cancer. In fact it appears that more than half of dogs over 10 years of age are likely to develop cancer. Complicating matters, while human therapies are often highly subsidized, the cost of treating animals and pets generally falls wholly on the owners and runs quickly into the thousands of USDs. The researchers hypothesized that a possible alternative may be to use nontoxic, low cost, natural and synthetic substances or their mixtures to intervene during the relatively early stages of carcinogenesis. Since carcinogenesis is regarded as a multistep process (e.g., initiation, promotion, progression), in principle, blocking or inhibiting any of these stages could help to prevent or delay tumorigenesis. This hypotheses is supported by research indicating that reduced risk of cancer is associated with consumption of vegetables and fruits, and that many agents with possible cancer chemopreventive potential are naturally occurring phytochemicals. The cause of cancer, as well as most age-related diseases, is complex, but it is generally agreed that one factor is oxidative stress. The aim of this study was to assess whether intake of some common dietary chemopreventive agents could affect DNA damage and the expression of genes related to oxidative stress.

The researchers used lymphocyte canine DNA as a surrogate target to evaluate oxidative stress ex vivo (before and after analyses comparison). As described in the literature, this procedure has been used for assessing both the carcinogenic and anti-carcinogenic potential of test substances and, although lymphocytes are used for the observation, it is suggested that other cell-types susceptible to carcinogenic developments may react similarly.

The researchers prepared biscuit containing five known natural product chemopreventive agents: resveratrol, ellagic acid, curcumin, genistein and quercetin. They choose these based on literature indicating potential positive benefits. Over a period of three weeks, the diets of the dogs were supplemented with two biscuits treats containing the supplements, one biscuit by mouth twice daily approximately 12 hours apart each day.

They found that as a result of the supplementation H2O2-inducible DNA damage was significantly decreased. The expression of 11 of 84 genes related to oxidative stress was altered. Hematological parameters remained in the reference range. This indicates that the concept of chemoprevention for the explicit benefit of dogs may be feasible and may improve the health and well-being of “man’s best friend”.

For those considering this treatment for aging dogs the paper describes well how they prepared the biscuits:
“For the formulation of dog biscuits, the base mix contained wheat flour (0.62 kg), corn meal (0.17 kg), eight beef bouillon cubes (4.136 g each), and water (225 ml). Dry ingredients were weighed out and added to a planetary mixer and mixed for three minutes. Water was added dropwise over 75 seconds. The mixture was then baked for 60 min at 60 °C yielding a total batch weight of 0.716 kg………..As a result, the following cancer preventive agents were included in the mixture (mg per one biscuit): resveratrol, 250; ellagic acid, 63; genistein, 125; curcumin, 250; quercetin, 250”

With dogs being big and small you may want to fine tune those amounts. Feel free to post in the comments section your calculations for different dog sizes. I will be happy to try to help. This also suggests that other supplements found to be good for humans (and some discussed in this site) may in fact help dogs too.

Finally my own take, what works for dogs likely works for humans so overall this research work adds to evidence that supplementation is a possible avenue to maintain and improve our health for both animals and humans.