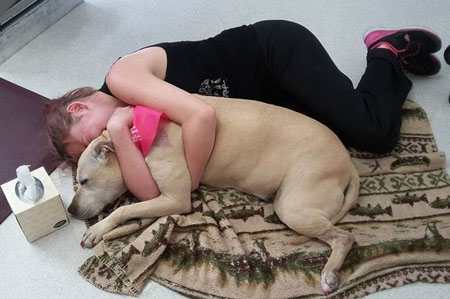 A heartbroken pet owner has shared touching photos of her sick dog’s last day before the canine was put down.

Kyle Amick user gave her beloved family dog Hannah one last day of fun, with the story reducing many animal lovers to tears.

In a Snapchat story, Hannah’s owner captured her last playtime with the family, treated her to a McDonald’s meal and some pampering.

She posted the album along with the caption: “Dogs are too amazing to let go, but sometimes it happens and they will forgive you.” 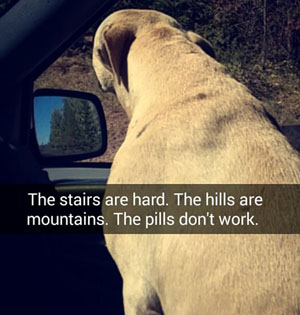 The owner added: “For about two months Hannah has been having seizures, they were small and nothing to worry about, but they gradually got worse.

“Hannah was on a couple of meds, one for her kidneys and another for the pain she had in her elbows and her hips.

Her owner treats her to fast food, a burger from McDonald’s. 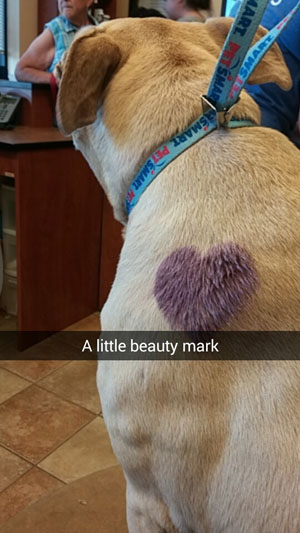 The dog also got a “little beauty mark” which was a purple colouring on his fur in the shape of a heart.

“I finally decided that keeping her on the meds was selfish, but keeping her off of them was just as cruel. So I decided to give her one last day of pampering, like the queen she’s always been, and let her go. Where there would be no pain, no seizures, no whimpering in the night. Just peace and hopefully love.”