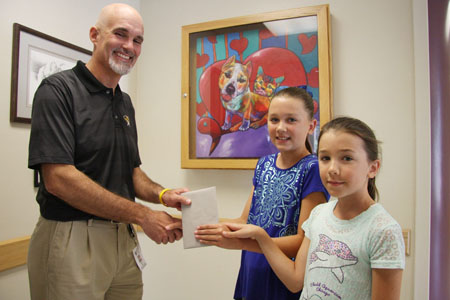 Losing a pet is never easy, but it’s especially difficult when that beloved companion dies before her time.

Since then, Bailey’s two favorite humans have worked hard to raise money for research into canine osteosarcoma, the disease that caused her to fade rapidly once it was diagnosed.

Maddie Dean, 11, and her 8-year-old sister, Emma, who live in Cape Girardeau County, were devastated first by Bailey’s illness and then by her untimely death. 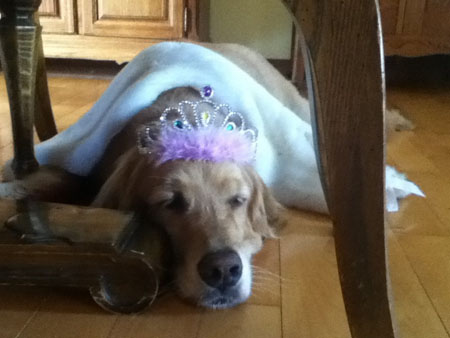 Bailey was a golden retriever belonging to the Dean family in Cape Girardeau County. • Submitted by Emily Dean

Even all these months later, neither sister is sure it’s even possible to adopt another dog; they don’t want to be disloyal to Bailey’s memory.

Instead of pouring their love into a new canine companion, the girls have channeled their sorrow in a different way.

“After Bailey died, I just asked Mom if we could raise money for dogs with cancer,” Maddie said.

The girls’ mother, Emily, said she thought that was a great idea.

When Maddie celebrated her birthday in February, she asked her friends to bring donations to her party instead of gifts.

“We also cooked hamburgers and hot dogs for my mom’s CrossFit,” Maddie said. The fundraiser was scheduled on a day when a competition was being held at the gym.

Between those two occasions and individual gifts from friends and family members, the girls were able to cobble together almost $500 for research, which they donated to the University of Missouri’s College of Veterinary Medicine. The family traveled to Columbia, Missouri, to present the donation in person and tour the college’s Veterinary Health Center.

That’s where Bailey would have gone if the family had decided to enroll her in a research study underway around the time of her diagnosis.

However, the study would have involved amputating Bailey’s leg and putting her through chemotherapy, which the Deans felt would have been too hard on the dog. Besides, it only would have extended Bailey’s life by months instead of years.

“So we made the decision to just let her go,” Emily Dean said.

But letting go, even in the most humane way, was still incredibly hard to do.

From the time the Deans took on Bailey as an energetic puppy — the 12th in a litter of 12 — almost to the day she died, the dog was constantly frolicking with the two girls, sometimes across the street near a creek on their property, sometimes on the back of their ATV and, on a number of occasions, happily modeling tiaras when the children played dress-up.

On the occasions when she was left home alone, Bailey faithfully awaited her loved ones’ return, whether they were on a trip to the store or busy with work and school.

“She was always excited when we came home, especially the kids,” Emily Dean said. 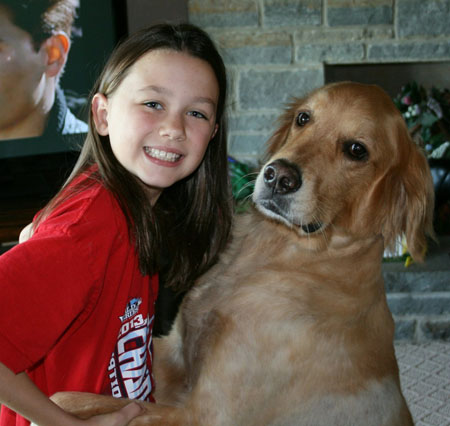 That’s only one reason it was so difficult to reconcile such a fun, lively animal with the debilitating disease that began plaguing the dog last summer.

At first, Bailey developed a hot spot on one of her forelegs, but after being given antibiotics and a topical cream, she seemed to improve.

Not long after that, however, she developed a limp, which the family’s veterinarian thought might be a bone infection. She was treated for that for about a month before being diagnosed with osteosarcoma in November.

By January, Bailey was gone. “She went fast when we found out. It’s a fast-growing canine cancer,” Emily said.