Dog Saved Moments Before Euthanasia When Tick Is Found 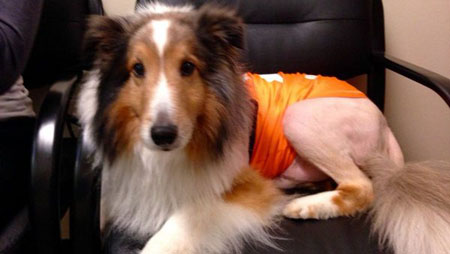 A dog was close to drawing his last breath when a sharp-eyed intern at the animal hospital noticed a tick behind his ear.

The dog, a ten-year-old Sheltie named Ollie, had been lethargic since returning from a trip to the Umpqua River.

Ollie’s owners, Al and Joelle Meteney of Portland, Oregon, had watch their dog’s health deteriorate progressively in the days that passed. The dog even began having difficulty walking, and could no longer eat on his own, according to NewsMax.

All the blood tests came back inconclusive.

The DoveLewis Emergency Medical Center outlined the dog’s medical condition on its website.

“Since there seemed to be no treatment to fix Ollie’s condition and his quality of life was rapidly deteriorating, Al and Joelle made the extremely difficult decision to put Ollie to sleep at DoveLewis.”

Ollie’s owner, Al Meteney, said that in spite of being nearly completely paralyzed, the dog still seemed to be maintaining the will to live.

“He still had a little sparkle in his eyes so he didn’t look really sick, he couldn’t really move… but you know, his expressions were still lively and responsive, his ears were still perking up. It was almost unreal.”

During preparation to euthanize Ollie, intern Neena Golden discovered an engorged tick, latched on in the thick hair behind the dog’s ear. 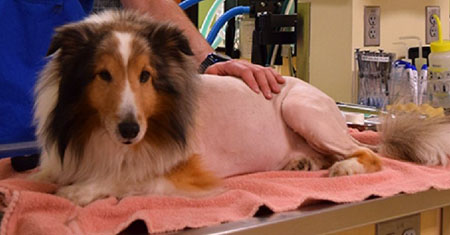 Dr. Adam Stone, who was attending to the Sheltie, thought that the symptoms might be tick paralysis, although he admitted to no experience with the illness.

“I had never seen a tick paralysis case. It’s one of those things you learn about randomly in school; it’s on one slide during one presentation.”

The condition is rare, according to Fox31, and is contracted through saliva from a certain species of tick. The toxins can have neurological effects on the host animal.

So, instead of being put to sleep, Ollie received a complete body clip to make sure there were no more ticks hiding in his thick pelt.

About ten hours after the tick was removed, Ollie returned to his normal self. KATU News reported that his owners were very surprised.

“We were astounded by the quick turnaround.”

Golden said that even the veterinary staff was unprepared for the sudden transformation.

“We were thinking it would take closer to three days for him to heal, if it did turn out to be tick paralysis.”

Neena Golden said she was happy to have made a difference.

“When we got the call from his owners that Ollie was doing fine, we all high-fived each other. That might be the one tick paralysis case I experience in my career. It was exciting that we could help.” 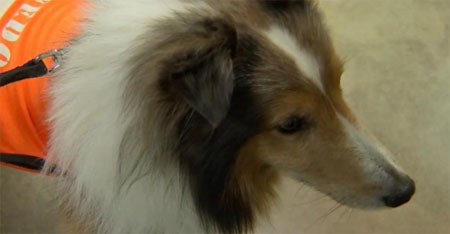 The Metenys are still reeling from the experience, as it becomes clear just how close a “shave” Ollie really had.

“His IV was in. We were in the room, the IV was in, the doctor was coming in to do this. It was, you know, the very last second.”

Ollie’s owners said that he was wearing a flea and tick-preventative collar during his vacation. But according to professionals at tickencounter.org, the best ways to keep pets safe include regular grooming and topical sprays and spot-on treatment, as well as creating a “tick-safe zone” at home.