As I was checking in on our Facebook feed I was excited to see the first post from one of our CORE Members who had received this year’s ornament. Kathy’s post about the ornament and her reason for becoming a CORE Member drew me in to reading her entire story.  She said it was Andy’s wish for her to become a CORE Member last Christmas, so she did.  I was so moved by her short but well written post that I ventured onto her personal FB page to message her and found her open letter to Andy’s Oncologist which moved me even more to ask her to write Andy’s full story to share with us here on the NCCF blog. Her journey through canine cancer with Andy is a great reminder to love each and every day we have and that when the time comes, we truly know what to do. We honor Andy as we share his story on his birthday, October 25. Thank you Kathy for sharing this day with us. 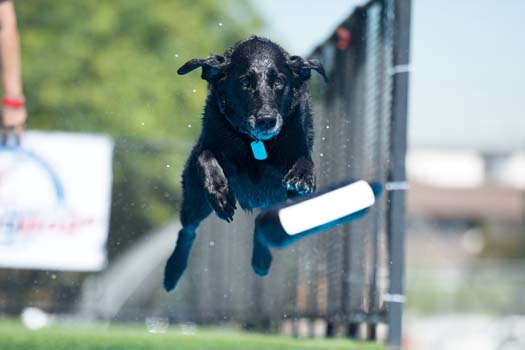 If you were to ask anyone who knew Andy what they remember most about him, they would say his happy soul and infectious spirit. Both “BC” (before cancer) and “AD” (after diagnosis), he loved everyone (strangers, mail carriers, cats, his doctors and vet techs), and he found joy in everything (dirty laundry, ice cubes, large puddles, his cancer treatments). Even now, an agonizing seven months since his passing, I find it impossible to be angry or bitter. Don’t get me wrong… There’s a sadness in my soul that defies description, and I hate cancer with a passion that will never fade, but Andy was the epitome of love and joy, and to feel anything other than grateful for having him in my life for 10+ years would not only make him very sad, it would be a disservice to his memory. 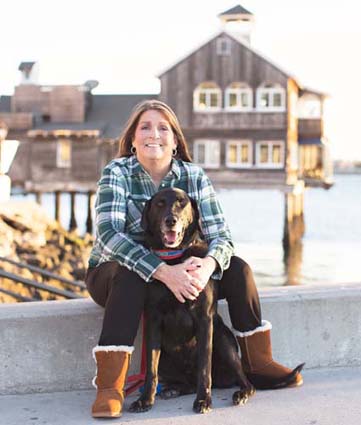 This journey began back in February 2016, when I noticed that Andy (age 9 at the time) seemed to be having difficulty urinating. Naively, I thought he may have a UTI, but nothing more serious. After all, he was a dock diving champion, had always eaten a healthy diet, maintained the perfect weight throughout his life, and had regular check-ups (senior wellness checks beginning at age 7, which always included a comprehensive blood panel every six months). He had always been very healthy. However, my world spun off its axis on March 4th, when he was diagnosed with prostate cancer, a rare, very aggressive, incurable form of canine cancer. I sat quietly listening to the oncologist, Dr. Heller, explain things I could barely comprehend. His prognosis was grave – 1 to 3 months without treatment; an unknown amount of time with treatment, possibly a year, maybe two. And the treatment would be VERY expensive. I felt numb, and paralyzed with fear. Once I regained my ability to speak, I had only one question: “What do we do, and when do we start?” 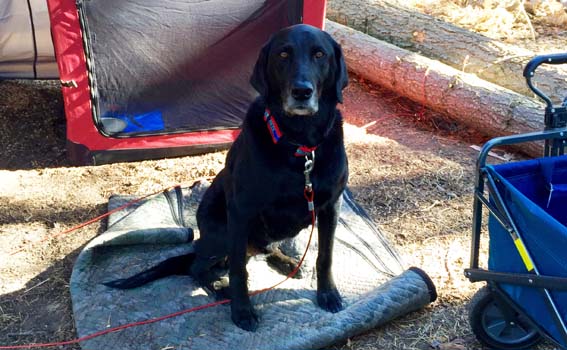 We attacked Andy’s cancer as aggressively as it was attacking him (radiation, chemotherapy, prescription drugs, natural supplements, and a cancer-fighting diet consisting of lean protein and green vegetables). I sold my house to pay for his treatments, and quit my job to take care of him. Throughout his battle, we continued to do everything we’d always done. He competed in nine dock diving competitions, where he placed 1st, 2nd, or 3rd, in all but one, and attended one of the two national championships he was invited to, placing 4th in his division. We went on many hiking and camping trips, as well as our annual week long trip to Mammoth Lakes (Andy’s heaven on earth with all the pristine mountain lakes that he believed were created solely for his pleasure). We celebrated his 10th birthday and every holiday to the fullest, because ultimately Andy was living his life on his terms. Cancer didn’t define him. It was simply something he dealt with, and dealt with so well that many people often mistakenly thought he had “beat it,” that he was “cured.” I wanted so badly for that to be the truth, but I knew better… I just wanted him to have as many “good times” as possible. 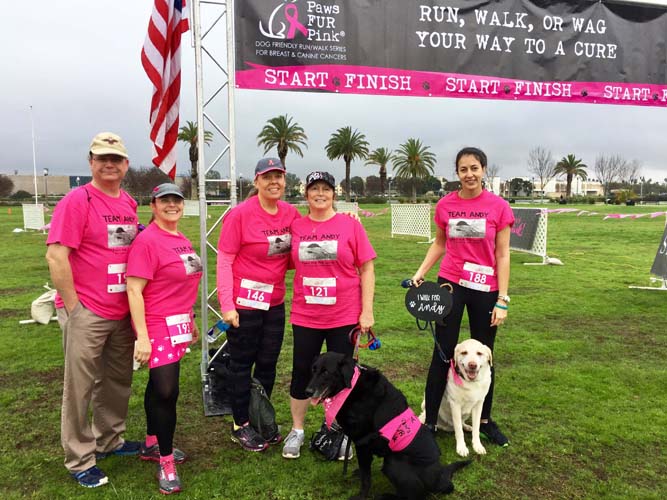 Our last good time was in February 2017. We created “Team Andy” and entered the “Paws Fur Pink” run/walk for breast and canine cancers. It was a great weekend, where Andy received so much love and attention, as well as recognition for being the top fundraiser of the event. We stayed in a nice hotel, and got together with team members for meals and fun times. I lifted my very strict food rules, and let our friends spoil him with treats off their plates. He felt very special and was incredibly happy. At the time, I didn’t know that this was his last good time, and felt a little guilty that I had allowed such indulgences, but now I’m so glad I did. The memories of this weekend comfort me in my darkest hours.

Ultimately, we came to the worst day of my life, March 9, 2017, when I had to make the gut-wrenching decision to let him go. My final act of love for him and a life well lived. I am grateful that his decline was rapid. His final few days were spent going back and forth to the hospital. I would bring him in and Dr. Heller would examine him and suggest a course of treatment. I would agree and take him home, but it wouldn’t work, and instead of getting better, he got worse. This went on for two unimaginably painful days.  On the second night, as hundreds of thoughts jetted through my mind, it finally dawned on me. When I met Dr. Heller, he promised me that he would do everything in his power to save my boy. He was doing what he’d promised. I promised Andy something very different; my promise was that I would never let him suffer. And as much as I fought to believe it, he was suffering; the light in his eyes had gone out, his perpetual tail had stopped wagging, and his “licker” had quit kissing my face. The only person who could make the decision to end his suffering was me. I struggled with this fact into the third morning when it became clear what I had to do. He had stopped eating; had thrown up the undigested food that remained in his system; and wouldn’t even attempt the couple of steps up to our bed (where he slept his whole life). By 4 am, I knew it was time. I said, “Come on buddy, it’s time…” He got himself up, out of the house, down the half flight of stairs, and into my truck. To this day, I don’t know how he was able to do this. By the time we got to the hospital (less than 2 miles away), it took two vet techs with a gurney to get him out of the truck and into their quiet room. I like to think of it as his final act of love for me. 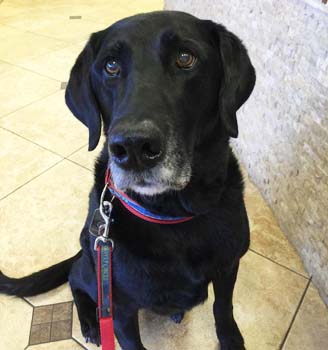 Andy lived for 10 years, 4 months, and 12 days. In that time, he played hard and loved big. He taught me what it means to live in the moment, and to live life to the fullest. He loved dock diving, hiking, camping, chasing tennis balls at Dog Cabins, and ice cream. He loved many human and canine friends, but most of all, he loved me. It didn’t matter where we were or what we were doing, he was happiest when he was by my side. Being loved by Andy was the best thing I’ve ever known.