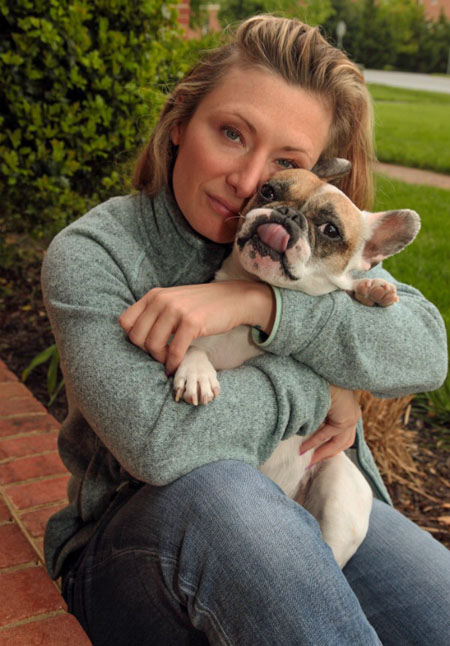 Maia and her human are family. (Photo courtesy Stephanie Wallace)

When Stephanie Wallace brought home a French Bulldog puppy in 2010, she found the kind of love we would all wish to have in our lives — unconditional and full of joy. Wallace doted on her beautiful pup, Maia, who grew into a happy, healthy adult. The first five years of Maia’s life were unmarked by any kind of medical emergency, but everything changed in early 2016. The new year ushered in a new era full of needles, surgeries, chemotherapy, and uncertainty for Maia and her human. Thankfully, that part of their lives may already be over thanks to a canine bone marrow transplant. Just a few months after receiving a terrifying cancer diagnosis, this dog is now, incredibly, cancer-free.

It all started when Maia’s gums started bleeding during a routine brushing. The blood, along with swelling in the lymph nodes of Maia’s neck was enough to prompt a trip to the vet. When Wallace told Maia’s doctor about the bloody toothbrush, she felt the mood in the exam room change instantly.

“I could see in the vet’s face that there was something going on,” she remembers.

As the examination went on, the vet’s concerns intensified. Then, one little word brought Wallace’s world to a standstill. Cancer, the vet said.

“My stomach sank. I was just devastated,” she recalls.

Tests would confirm the vet’s suspicions. Maia had B-cell lymphoma. It was suggested that chemotherapy and steroids might buy Maia another one or two years, but Wallace wasn’t ready to lose her dog just yet.

“I just feverishly started doing research. Like, what are the treatment options? What can we do? I just kind of took that upon myself, and when I met with [the vet] again, I said I’d read about this transplant and I want to do this — whatever we need to do to get there.”

It wouldn’t be easy. Only three pet hospitals in the entire country could perform the kind of procedure Wallace had read about. The success rate, 50 percent for some types of cancer — including lymphoma — was a drastic improvement over the 0-to-2-percent success rate for chemo alone and definitely worth a try. Wallace and Maia would have to fly from Maryland to California, to the VCA West Los Angeles Animal Hospital, but before that Maia would need to successfully complete chemotherapy and go into remission.

“It was a bit stressful at that point because obviously we had to coordinate with Dr. Cretin [Head of Oncology at VCA] in California and with the oncologist here. It was a lot of scheduling,” Wallace explains. “Once she was in remission, she had to have dental work done to make sure she didn’t have anything that might cause an infection — just everything to make her as optimal as possible for the transplant.” 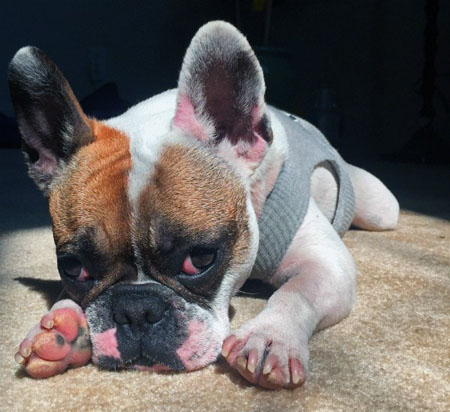 Maia had to stay in isolation at the hospital for almost two weeks after her procedure. It was hard for Wallace, who so wanted to be there to comfort Maia, but in the end it was worth it.

“She initially was very tired when she got home, but she is completely back to normal now. Just high energy, eating like a horse, just doing really great.”

Every month Maia has her blood tested to make sure the cancer has not returned. She’s had three tests so far and remains cancer-free.

The kind of treatment Maia received is as expensive as it is incredible. Luckily, Wallace had purchased Trupanion pet insurance for Maia when she was a puppy.

“I feel like it’s just so important because I don’t know if we could have done it without it,” says Wallace, who has had several people ask her why she would go to such lengths to save a dog.