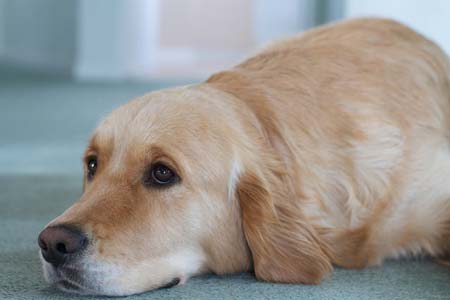 Animals get cancer, owners want their animals cured and cared for. Why not extrapolate that to humans?

This simple, yet profound, statement is delivered by Dr. Stephen Withrow, veterinary oncologist, to set the tone for “The Answer to Cancer May Be Walking Right Beside Us,” a new documentary produced by Colorado State University and Rocky Mountain PBS, which airs at 9 p.m. Thursday, Sept. 29.

Withrow, founding director of CSU’s world-renowned Flint Animal Cancer Center, has dedicated his life to studying cancers in dogs and other companion animals. And he’s not alone in the fight against this disease. His working relationship with Dr. Ross Wilkins — who treats human patients — is highlighted in the documentary.

Together, Withrow and Wilkins pioneered a limb-sparing technique allowing people with bone cancer to avoid amputation; the approach was first developed at CSU for veterinary patients, and it has benefitted countless children, who are most often stricken with osteosarcoma. The two Colorado-based researchers join medical and veterinary scientists from across the country – and from some of the leading cancer centers around the world – in describing in the documentary how human and animal doctors can work together to beat cancer.

Comparative oncology, as the cooperative approach is known, is gaining attention as human patients, pet owners and the medical community increasingly understand the similarities in cancer across species – and see that working together on research and treatment will yield quicker cures for all. CSU’s Flint Animal Cancer Center has been a leading proponent of comparative oncology for three decades.

The documentary’s theme is “opportunity.”

“Cancer is cancer,” said Dr. Rodney Page, CSU professor and director of the Flint Animal Cancer Center. “The same mechanisms that result in cancer in humans are operative in dogs, and are operative in other animals as well. The aspect that is valuable is the information that can be gathered through well-done clinical studies in companion animals with naturally occurring cancers.”

Dr. Cheryl London, a veterinarian and professor of oncology at The Ohio State University College of Veterinary Medicine, said that in studying companion animal cancers through clinical trials, outcomes may be understood in two years, a fraction of the five to 15 years it normally takes to determine if a new drug or procedure is successful through human cancer trials. That’s because dogs age must faster than people, meaning canine cancers and treatment outcomes may be observed in much less time.

Dr. Gordon Theilen, professor emeritus of oncology at UC Davis and the first veterinarian to use chemotherapy to treat cancer in dogs, is featured in the film. In addition, Dr. Rainer Storb, professor of oncology and head of the Transplantation Biology Program at the Fred Hutchinson Cancer Research Center, describes the bone marrow transplant technique he created for people, with the help of dogs being treated for lymphoma.

The documentary was spearheaded by CSU videographer Joe Vasos and Vice President for External Relations Tom Milligan, in collaboration with the Flint Animal Cancer Center.

“Cancer experts at Colorado State University have long advocated the value of comparative oncology in the fight against cancer in all species,” said Milligan. “We hope this documentary will help spread this message to a broad audience.”

“The Answer to Cancer May Be Walking Beside Us” airs on Rocky Mountain PBS on Sept. 29. It will be available at a later date online.

Watch the trailer for the documentary on CSU’s YouTube channel.

Coleman Cornelius contributed to this report.